In this era, when many brands are attempting to reach their pinnacle, it is critical for them to stand out as clearly recognised; otherwise, it may be difficult to stand out amid the crowd. In fact, a company must have a good understanding of its brand in order to differentiate its features from those of its competitors. To put this in context, fast food companies such as Kyochon Fried Chicken and K-Fry, whose cash cows are their Korean style fried chicken, have their own distinct differences that are visible to the general public: colour schemes, menus, services, and so on. They have, however, earned their own set of followers throughout time. By stressing originality, this article tries to assist businesses down the route of modern marketing. 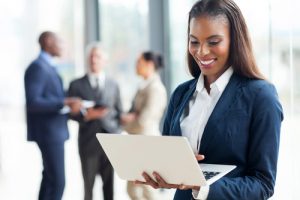 Know Who Your Competitors Are

Despite the perception that competitors are untouchable, it is critical for businesses of all industries to follow their footsteps in order to have a better understanding of what to try next and what not to. If you’re a F&B company looking to get into the fast food market, conduct extensive study on a handful of your competitors that are on the same route, such as Burger King, Marrybrown, McDonald’s, Burger Lab, so on and so forth. You should consider their 4ps (location, price, product, and promotion) and try not to overlap yours with theirs. If they’re recognised in the community for producing the best chicken burger in Subang Jaya, you might want to focus on something else to avoid the danger, unless you’re certain in your culinary team’s ability to outperform theirs. Otherwise, use the blue ocean technique, which entails meticulously creating and improving a product until it becomes instantly recognised as your own.

Improve The Quality Of Your Products And Services

You don’t have to come up with a new variety of products or services at a set interval; not only does it interfere with your overall strategies and tactics, but it also doesn’t help you shape your brand’s distinctiveness. Rather than making that endeavour, you might prefer to concentrate solely on your current product or service, adding new attributes to correspond to trends. Maybe once in a while you can come up with something fresh to replace your present ones, but don’t put too much time and effort into it. For example, McDonald’s’ latest menu is usually an improvised version of their standardized menu, making it simple for them to debut and halt when the time is up. In a nutshell, that is the secret to remaining distinctive but yet having the freedom to change things up.

Branding is a relatively noteworthy undertaking every business should allocate enough attention on, and branding Malaysia is an adequate virtuoso in this subject matter in which you can approach them for more professional advice.