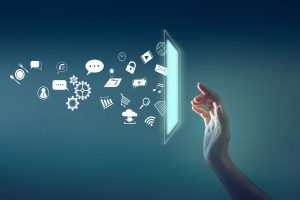 With the invention of smartphones and social media, many internet users have relied on smartphones to socially interact with people online and companies use these social media platforms to advertise their products to raise awareness of their brand or simply brainwash their viewers into buying their products which is why food advertisements are more effective than any other advertisements. This goes without saying, but every country has its own unique way of creating their own advertisements as they are created based on the prominence, proximity, trend and culture they are surrounded by. Some advertisements would utilize the popularity of internet trends to attract plenty of attention from their younger target audience as most trends are popular in the younger age group.

The online marketing social media Malaysia stands out for advertising unique and racially diverse advertisements during festive holidays such as Chinese New Year, Thaipusam and Deepavali to make their viewers feel more culturally appreciated. They also featured popular celebrities such as famous football player Cristiano Ronaldo and Phua Chu Kang from the famous Singaporean hit series Phua Chu Kang Pte Ltd. Some advertisements in Malaysia also use other languages to help convey messages and moral lessons in the advertisements to other races. Japan’s advertisements have been known to be some of the wackiest that no other countries can compare but it is always a success as it aims to raise awareness of their brands. For example, the advertisements for a gummy candy called Long Long Man is actually set up as a series about a couple whose relationship is hindered by a man eating a very long gummy candy as he appears nearby them and eventually as a delivery man. At the conclusion of the series during the wedding, the man appeared again and was revealed that he is interested in the groom due to sharing the same interest. This advertisement series eventually gained a lot of popularity and was covered by some news sites such as the Nerdist,  SBNation and an interview with the Long Long Man himself, Mitsuaki Imura covered by Hakuhodo.

Online advertisements have become a trend that every company is starting to adapt towards as more internet users spend most of their time looking on their smartphone and computer screens. The longer they use their smartphones, the more exposed they are to advertisements which will affect their desire to purchase products. Although adblock extensions on web browsers help to disable advertisements, some videos on Youtube rely on these advertisements to generate income and adblock hurts Youtube creators substantially.

With social media platforms playing a more significant role than before during lockdown due to coronavirus, more people are relying on their smartphones to search for entertainment and spend more time on their social media.  With their help, companies are able to advertise their products that may benefit people who are stuck in the house by offering them services to make their lockdown life much easier and without stepping outside becoming exposed to the virus.